How I ended up drilling numbers in Vietnamese

As tourists, it's really easy to stay in your own little bubble. Moving around in minivans, drinking lattes (which I love to do) and eating food adjusted to suit the Western tongue. You can spend months hanging around on beaches, while drinking beers with other tourists. Even though it's not always comfortable, I like it so much better to step out of that bubble. Without realizing it, that's what I did. 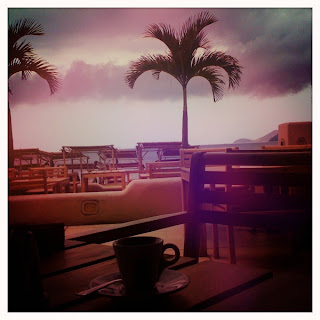 Sailing club in Nha Trang where lots of tourists hang out (and I managed to take a picture WITHOUT any! That was quite a challenge to be honest)
A few days a go, we traveled by train from Nha Trang to Danang. Given the number of tourists in Nha Trang, we somehow assumed that we would be on the sleeper train with other tourists. After arriving at the train station we quickly realized that assumption was all wrong. The waiting room smelled of durian and was packed with Vietnamese people and their boxes. Yes, we were the only bules! I suddenly remembered all the buses I saw passing by, filled with tourist getting ready for bed (they were all on sleeper buses, not trains!). The voice of my friend and Vietnam expert Elske echoed loudly in my head "Why don't you guys just go straight from Mui Ne to Saigon and fly from there?!". She had said that while rolling her eyes (Thanks, Skype, for that addition). Now, I began to see why.

The train only had two wagons with sleeper compartments, the other ten compartments consisted of with wooden benches where people had to sit all night long. The toilet did not look very clean and the hallway not very appealing. Our beds were the top bunks in a compartment for six people. They were all sleeping already. In the semi-dark, we climbed onto our bunks whispering. I, being somewhat clumsy, received a gentle kick from a foot that then pointed at a step I could use to climb up and still needed a (loving) push to get on the bed. Then, we tried to sleep. Unfortunately, that didn't work out very well. When at five thirty the family on the lower beds started talking and having breakfast, I knew I had missed all opportunities for sleeping that night. 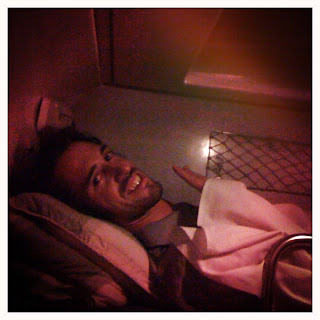 Tommy getting ready for a good night's sleep 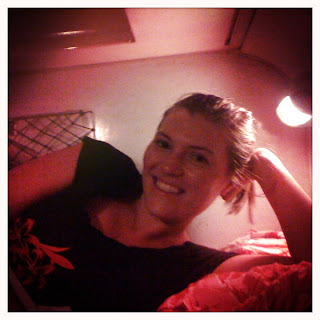 Me on the sleeper train
It occurred to me that the family was really enjoying this trip together: they were chatting and seemed to be making jokes continuously. Yes, it was still five thirty in the morning! I hopelessly tried to sleep for a few hours and then decided to climb down. After standing in the corridor uncomfortably for a while, the two women on the lowest beds invited me to sit with them. A six-year-old boy, probably the grandson of one of the women, counted to five in English and that's when I got out the Lonely Planet Phrasebook. Lightbulb moment! What followed was a lesson in Vietnamese, of which I already do not remember anything. Tonal languages should just be forbidden. No, seriously. It's impossible!

Anyway, I was taught how to count and they seemed enthusiastic about my progress. They asked me if I already had children (I think) and I answered with no (I think). I asked them if they were 'older brother/sister-younger brother/sister', but they just looked at me funny, so I must have asked something else. I did find out where they were going, but just didn't know the town they were heading to. The eldest woman started getting out her wallet and waved money bills at me. Assuming she wanted me to practice my newly acquired skills, I started saying how much it was. It was great. I just wished I could have asked more. And I wished I could have understood more. The older woman wouldn't stop talking to me, pointing out of the window (At the rice fields? The houses? The sky?) and making gestures (Harvesting rice? Dancing? Rocking a baby?). The other woman seemed to explain that I didn't understand and that she should give up. Too bad I'll never know what she told me. 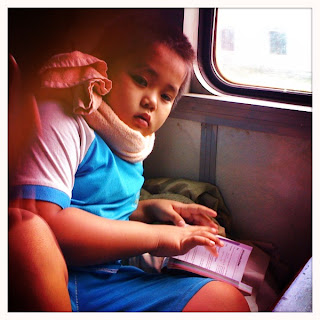 The boy was sick and had tiger balm on his neck 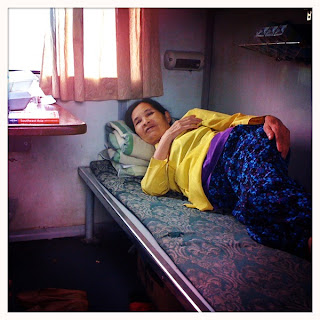 The woman who told me stories I couldn't understand 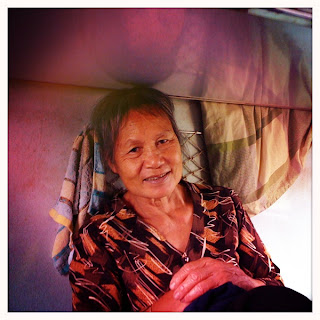 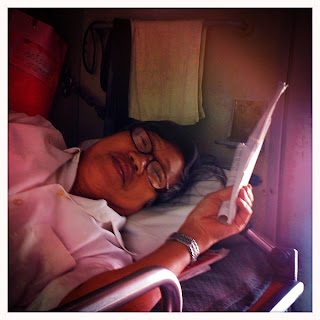 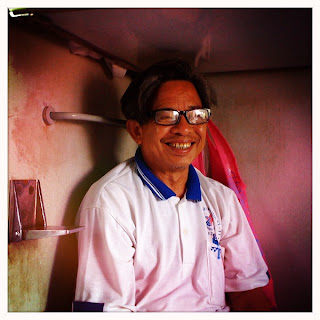 Another husband (?) who mostly smiled very friendly
Posted by Amis Boersma at 1:50 AM