Five (of all the) things I like about Indonesia

Sometimes I complain about Indonesia. Because things are different here. Because I'm having an off day. Because sometimes I just don't understand why things go the way they go here.

1. The way people laugh. Sometimes a group can just explode with laughter, in a way that we in the Netherlands have outlearned. One colleague of mine, who will leave the office and whom I will miss dearly, has a laugh like that - it's convincing and contagious. She can just let herself go and through out a loud: "Whaaahaaa!" and without knowing what the joke's about, I will laugh along with her. 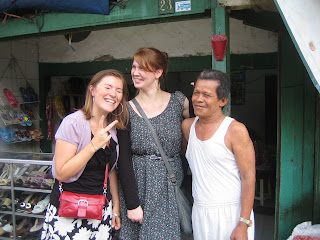 2. It's only the way people laugh, but also the way they find a reason to laugh. It can happen during a rather dull meeting. Someone makes a joke and everyone will just burst into cries of laughter. When someone was happy with the joke they made, the joke will later be repeated to those absent and the same reaction can be expected.

3. Everyone's love for food. Every conversation will eventually lead to food. Even amongst human rights activists, it won't last long until the are debating where to eat or sharing stories of a great dish they tried somewhere. Foreigners will always be asked about the food in their home countries or their favorite Indonesian food somewhere.

4. How fast things can get done, if they have to. When I was writing an email inside the office, the yard in front has been rearranged from a cafe-like area to a stage where a full band is trying out or where five well-known Indonesians suddenly have a forum about the state of human rights in Indonesia.

5. The way the rain comes crushing out of the sky. Within just a few minutes the view from my balcony has dissolved into white mist which seems to hang over the ridge of my balcony. And then the rain starts. The kids start splashing around in the water, which flows as if someone opened the tap in the kitchen sink. 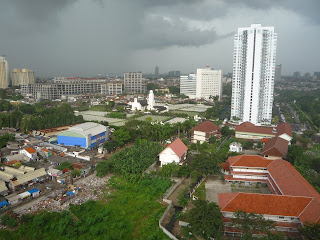