How traffic jammed can a city be? Travelling from any A to B in Jakarta takes you at least 30 minutes, but it's better to count on an hour instead. The first thing the taxidriver says is 'maceeeet' or crowded, traffic jam. Yeah well, get used to it. The Indonesian newspaper Kompas runs a daily series on the issue. One of its conclusions is that the congested city is costing a whole lot of money. All these hours that highly paid staff spend inside their car are wasted - because it sure isn't advised to write a little something on your laptop with all those sudden stops. Since the expansion of the buslanes - which can only be used by the TransJakarta buses - the roads have gotten narrower which led to a lot of complaints. Only one of the many things to solve here... but it does make for a few nice pictures. Look here, Jakarta by night: 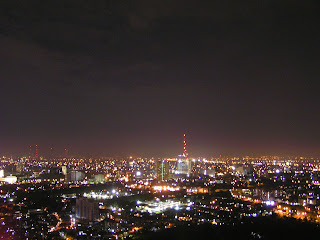 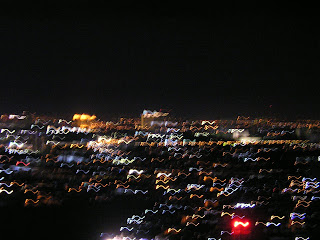