Laundry magic: how my undies were lost and found

Have you ever left a bag of dirty laundry at a hotel and wondered how they managed to bring you back exactly your clothes the next day? How do they organize that? How do they remember which clothes belong to whom? If you know, please do share! 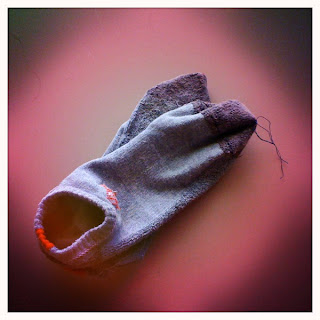 Honestly, I had never really thought about all of this. Maybe because it had always gone right. Until my last three months in Jakarta that is. From February, I lived at a place where they could not get it right. The laundry kept on getting mixed up! Several times the landlady came up to me with a piece of underwear, holding it up to ask me if it was mine. Once I was flattered (it was a tiny little undie), but mostly I was embarrassed - as was she. One morning I ran into a neighbor who was writing a note to go with a stack of my underpants ("Hey, those are mine!"). The note said: 'Sorry, but these are really not mine'. She told me she had already given them back before, but somehow, they kept on coming back to her. 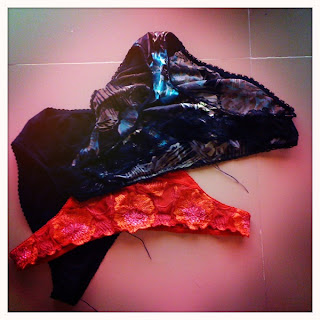 The poor landlady (whose maids kept on running off without notice or falling ill) realized something had to be done. She got a big notebook, sat down with the (loyal but not all too bright) maid  and wrote down every piece of clothing someone wanted to have washed. When my boyfriend lost a shirt, I actually went through the notebook. It was fantastic! They had described every item including as much detail as possible: 'Ami - black T-shirt, size M, blue butterfly'. Since too many of us were apparently wearing undistinguishable black underwear, they had to abandon this method though. Instead, they decided to sow a colored thread to every piece of clothing. Every person had their own color. 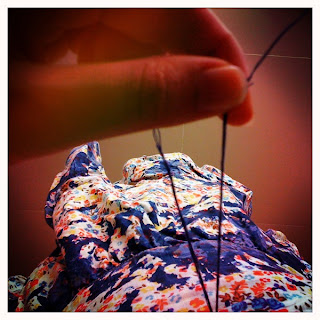 They day I left, I realized my laundry had not been delivered to me yet. As the maid insisted there was no clean laundry for me, I started going through all the clean clothes myself. And guess what? I found my clothes, with several different colored threads (mostly brown, blue and black) in them!

So how DO guesthouses, hotels and laundry services keep track of which undie belongs to whom?
Posted by Amis Boersma at 1:38 AM