Indonesia, Indonesia (Back to Hawai'i)

Upon arrival at the campus of the University of Hawai'i (or UH) in Honolulu in August 2001, the international students were greeted by the welcoming team of the International office. They had hired a few students to walk around dressed as the immigration form that we had to fill out. "If you look at my belly, you can see you have to write down your full name here". I wondered what I was doing there. After that followed a lecture on the processes an exchange student goes through when living abroad. First the Honeymoon phase where everything would be exciting and great. Then the Hostility phase where you begin to wonder why everything back home is done better. 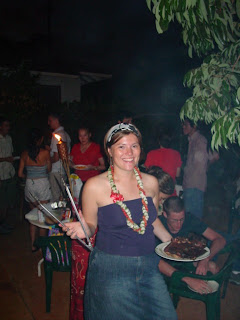 And despite my initial skepticism it appeared to be true. Hawai'i was amazing at first; everything was beautiful (the beaches, the campus, the people), funny (people cutting their lawn with a tiny scissor while sitting on a cushion) and interesting (the Hawaiian language, the local mestizo culture). But after a few months the hostility phase kicked in; I found it hard to make real in-depth friendships with locals or Americans, my classes were too difficult (at first I was afraid to say anything in class) and the whole relaxed flip-flop existence was making me restless. Luckily the Honeymoon phase reappeared and after some months the two phases blended in together. 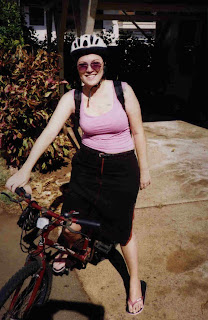 Why am I writing all this down? Well, now that I live in Indonesia, a country that I know so much more about than I did about Hawai'i, I find the same thing happens. Honeymoon and Hostility phases still keep interchanging. Indonesians are so open and hospitable. At the same time their nosy and aggressive in pressing their values on you. The food is great, but sometimes I long for cheese. I love walking through nature, but how come everyone throws their trash around. Every upside has a downside, or so it seems... In the posts 'Indonesia, Indonesia', I will share some snapshots of my (very subjective) observations with you. 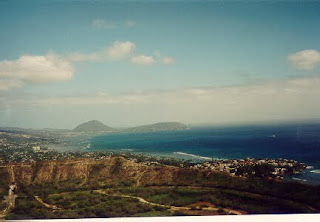 Dont forget to be where you be girl.

I gues you could call this the ultimate Indo experience...

now with blog series, when will we get the Top 10 Lists kind of post ?